17+ Pros and Cons of Doing Business in Mozambique

Business & Company 17+ Pros and Cons of Doing Business in Mozambique

17+ Pros and Cons of Doing Business in Mozambique

Given the investment potential of Mozambique, the business climate presents significant challenges. The Central Bank had established a stable, though fragile, macroeconomic climate, and high-level political commitment to attract large-scale acquisitions appears to be there. But this shades a bureaucratic that largely stayed inaccessible to the needs of the corporate industry, particularly of small to medium-sized businesses.

Most of the businesses cite the slow speed of business conduct as one of Mozambique’s greatest issues, largely due to a lack of human resources in areas required for the industry. Furthermore, the top-down, hierarchical decision-making method can impede market performance.

Advantages of Doing Business in Mozambique

Looking for opportunities to grow? Africa is a region with immense economic opportunity. Over the past 20 years, it has been steadily changed, and we are at the cusp of tremendous growth, with booming entrepreneurship and plenty of prospects for smart and easy business solutions

. Africa is a market of 1.2 billion people, a figure which is projected to increase in the next 30 years.

In general, business leaders appear to overestimate the complexities of doing business in Africa and overlook the African continent’s scale and capacity. Never suggesting that emerging nations are easy to deal with, yet emphasizing that they have been worth the time it takes, and companies not engaged in African markets are also a chance of losing out on one of the 21st century’s great growth potential.

The discovery of large reserves of natural gas has drawn substantial international investors, which will offer many more prospects.

The growth rate is already just above the world average at 4 percent annually, and we expect a yearly increase of over 10 percent by 2024, with impending fuel expenditures.

In 2016, 45 percent of Mozambique world inhabitants were under the age of 15, meaning that several younger folks are looking for jobs nowadays. There are 30 million people in the country which is projected to rise in the next 30 years.

A rising population would mean a demand and labor-power market. Labor costs are modest, ranging from US$ 64-US$ 183 depending on the particular sector. The Business and Manufacturing minimum wage is US $96.

With such an overall population of 360 million people, Mozambique alone is a major market economy, as well as a portal to South African economies. Mozambique offers a great location for its neighboring countries as a logistics center and provides for most of them with the closest connexion to the Indian Ocean.

It shares its borders with Malawi, South Africa, Swaziland, Tanzania, Zambia, and Zimbabwe and has 5 road- and rail-connected seaports. Mozambique is a participant of the Southern African Development Association (SADC). Several of its goals and values 85 percent decreased tariffs on a sub – sectoral products.

SADC is among the basic components including its African Continental Free Trade Area, which seeks to apply the very same advantages to the African continent and therefore create the world’s largest free trade agreement.

Development toward a sustainable future is high on Mozambique’s agenda and many of Mozambique major challenge can be surmounted with sustainable solutions.

We argue that international investors can offer innovative approvals and sector experience to help find those solutions. There are many prospects for electricity, agriculture, water, transportation, processing, inorganic materials, and hospitality.

Gas and power protection, accommodation, waste disposal, sanitation, farming, and medical care are currently insufficient to meet the needs of the population of Mozambique.

The fast increase in the urban population in Mozambique will fuel existing growth in the forthcoming years, which will start opening several growth plans for foreign direct investment.

Disadvantages of Doing Business in Mozambique

Mozambique is associated with a high risk of corruption, which is a persistent problem in the region. Financial transparency and standards are often poorly implemented in the region. Mozambique is classified among the main money laundering countries on the US INCSR list.

South Africa and Portugal are the main trade partners in Mozambique. In Mozambique, Brazil, China, India, and Japan have developed projects and are growing their investments. The biggest bilateral development aid donor is the United States, which wasn’t a major trading partner until recently.

However, U.S. participation in the oil and gas sector would generate substantial demand for U.S. exports in that field, as well as other industries, and the U.S. is likely to become Mozambique’s largest investor in the next decade.

Mozambique, like other emerging markets, has a very small power grid that is concentrated in urban locations but is scattered across rural areas.

The limited transmission capacity stretches the country’s length, linking northern and southern parts of Mozambique into one grid.

Because of unreliable power supply, it is common for industry and business to rely upon backup generators for long periods of time. One of Mozambique’s most active infrastructure projects, the hydroelectric dam Cahora Bassa, with a capacity of 2075 MW, is located on the Zambezi River in the Tete province.

This dam supplies electricity to South Africa, Mozambique, Zimbabwe, and. Mozambique has good potential for the production of hydroelectric and thermal electricity, as well as solar or wind farms along its coastline.

The underdeveloped power grid and bureaucratic barriers however make it challenging and time-consuming to build power projects. 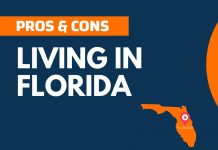 26 Pros and Cons of Living in Florida 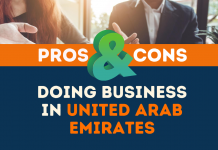 15+ Pros and Cons of Doing Business in United Arab Emirates 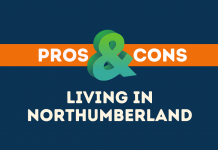 23 Pros and Cons of living in Northumberland 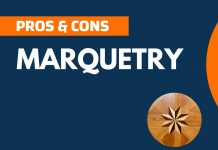 35+ Main Pros and Cons of Marquetry 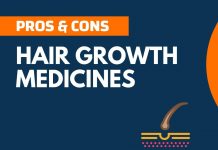 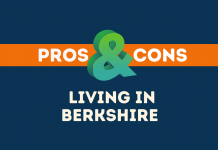 25 Pros and cons of living in Berkshire

Html code here! Replace this with any non empty raw html code and that's it.